Birds on the
Niagara
An International
​Winter Birding Festival

Thank You !   International Sponsors and Supporters 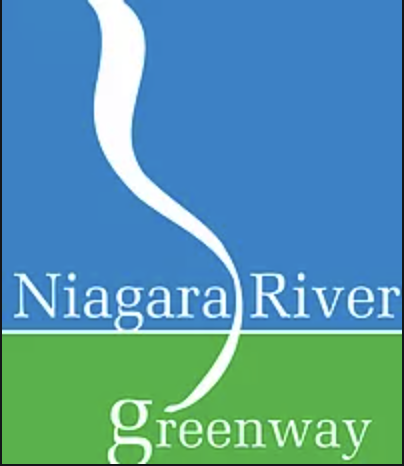 -SEE ALL OF OUR PARTNERS HERE-
NEW APRIL 2022​  These posters have been created for Birds on the Niagara by Mrs. Boss's 3rd Grade class at Lew-Port Intermediate School.  They are participating in our For the Birds! program.  Thank-you for organizing this -Buffalo Audubon Educator, and Birds on the Niagara Co-founder Tom Kerr!
Birds on the Niagara 2022 is pleased to partner with  New York State to announce the New York State Birding Trail, Niagara Region. For more information:  Click Here
Here is our Opening Day Meet and Greet

Christmas Bird Count (CBC) Round-up
Join Geoff LeBaron, National Audubon CBC Director, Yousif Attia, CBC Birds Canada National Coordinator and Nichole Michel, National Audubon/CBC Director of Quantitative Science, as they discuss the history and future of the CBC, and some of the recent trends in the Niagara Region. Hosted by Jay Burney.
​National Audubon Christmas Bird Count
​Birds Canada/Oiseaux Canada Christmas Bird Count
Project Snowstorm- Caught in the Snowstorm
Conservation and Research of the Snowy Owl
The winter of 2013-14 saw the largest invasion of snowy owls into the eastern United States in perhaps a century - and marked an unprecedented opportunity to learn ore about these mysterious Arctic hunters. Author and researcher Scott Weidensaul will share the story of Project SNOWstorm - how a huge, collaborative research effort focused on snowy owls came together in a few frantic weeks, funded with the help of people around the world, and continues to make discoveries and unexpected insights in the life and ecology of this great white raptor.
Presenter: Scott Weidensaul, co-founder of Project Snowstorm best selling author of "A World on the Wing -The Global Odyssey of Migratory Birds"

Lights Out Western New York, A Billion Reasons Why
Creating a "Lights Out" Movement for a Bird-safe Niagara Region
Learn about the whys and hows of promoting and realizing the Niagara Region as a safer area for migrating birds, especially neotropical warblers.
Presenter: Arthur Pearson, CEO Roger Tory Peterson Institute

Frequent Fliers-Tracking Purple Martin Migration
Presenter: Bridget Stutcthbury, York University
Each fall, billions of songbirds leave Canada on an epic journey to their far-away wintering grounds in Central and South America where many live in tropical forests shared by toucans, howler monkeys, and jaguars. Only recently has it been possible to track the migration of individual songbirds over their entire migration journey. Bridget Stutchbury talks about her research on Purple Martin migration and the threats that these birds face on their journey.
Join Dr. Stutchbury as she talks about her groundbreaking research in tracking migrating songbirds and especially the migrating Purple Martins that make the Niagara Region their summer breeding territory.

Gardening For Birds
How to Make a Nature Focused and Attractive Outdoor Space that provides habitat for wildlife, through gardening for birds. Learn how to design a nature-focused garden that helps to create patches of habitat that are beneficial to birds, pollinators, and other wildlife, even in the coldest months. The presentation will include practical "how-to " tips about birds, nature, native plants, and attracting bird all year-round.
Check out Birds Canada new interactive regionally tailored gardening resource for birds. BirdGardens.ca
Presenter: Natasha Barlow, Birds Canada Ontario Projects Biologist.

Conserving Canada's Birds
Your Guide to Helping Canada's Birds
Learn in-depth on various threats facing Canadian birds and their conservation, with a detailed analysis on how you can make a difference
Presenter: Jody Allair, Director of Community Engagement at Birds Canada, co-editor of BirdWatch Canada Magazine, producer of the Warblers Podcast, and a coordinator of eBird Canada. He has appeared on CBC's Rick Mercer Report and is a regular on the American Birding Association podcast.

Hidden Connections
Explore the Hidden Connections between biodiversity and the physical, chemical, and ecological integrity of Great Lakes Ecosystems. Author of Meander and Living Waters, Wooster makes the compelling argument to "Make Room for Rivers in this detailed examination of past, present, and future of the Great Lakes and the Niagara River Corridor
Presenter: Margaret Wooster

The Owls of Niagara
Check out this overview of the owl species found in the Niagara Region
Presenter: Jeff Jones
​
RAMSAR- The Niagara River Wetlands of International Importance
Presented by: the University of Buffalo Law Clinic

The Top Ten Reasons for Saving Fort Erie Ontario's Waverly Woods
Waverly Woods is one of the most critical and relatively untouched natural areas left in the Niagara River Corridor shoreline. It is the breeding area for endangered bird species. It also has great historical significance. It is under serious development Threat
Presenter Marcie Jacklin President of Community Voices of Fort Erie

Grass Island Conservation Update
Grass Island is a small habitat located in the Niagara River adjacent to Buckhorn Marsh State Park. It benefits breeding fish, and is a roost for migrating Purple Martins.  It is also a favorite party place for summer boaters.  Learn what is being done to protect this valuable wildlife habitat.
Presenter: David Spiering, New York State Parks

What is Your Favorite Bird?
Tom Kerr and Jay Burney have been busy interviewing birdwatchers that you may already know, about this topic for BON22. They have created a series of short programs for you to view.

The Niagara River Strait is a Globally Significant Important Bird Area. The IBA is recognized by both Canada and the United States.  It is a Ramsar Wetland of International Importance. It is located at a critical flyway juncture. Year-round, birds from across the hemisphere and globe can be found here. In spring and summer, birds from as far away as the Amazon and South and Central America breed here. In fall and winter, many species of gulls from across the hemisphere, and birds from the arctic, near arctic, and western North American boreal forests stay here.  During the BON February celebrations, the river is full of waterfowl in full breeding plumage, and engaging in courtship rituals.

BON celebrates birds both out of joyousness and to bring attention to critical conservation needs and strategies. This includes partner organizations that focus on birds and wildlife, the critical role of biodiversity, climate change, and  protection and restoration strategies.

We are building an economic development model that focuses on conservation, and local and regional quality of life for residents and visitors.

We have a sharp focus on social justice and inclusiveness.  We are growing leaders in the recognition and celebration of birding and conservation as transcending racial, ethnic, age, and gender.

It will take all of us to help to bring a future that protects generations to come by protecting our ecology and environment.

YOU CAN SEE ALL OF OUR BON21 PRESENTATIONS
CLICK HERE
BON21 FULL VIRTUAL SCHEDULE
See All of the Presentations CLICK HERE
The International Niagara River Corridor linking Lake Erie with Lake Ontario is a Globally Significant Important Bird Area (IBA), and a Ramsar Wetland of International Importance. This unique place includes Buffalo, Grand Island, Niagara Falls, Lewiston, and Fort Niagara on the American side. Fort Erie, Niagara Falls, Queenston, and Niagara-on-the-Lake, can be found on the Canadian side. A passport or other border security ID is necessary to travel between the two sides.

The Niagara is a freshwater, flowing, permanent river, connecting two large freshwater lakes.  It hosts numerous significant coastal fish and wildlife habitats including a riverine littoral zone in the upper Niagara River that is a unique ecosystem type in the Great Lakes.  Rare and threatened ecological communities are present with at least 21 species such as the Blanding's turtle and the Lake Sturgeon. Seven species are on the IUCN Red List, such as the Black-capped Petrel (extremely rare), and the Piping Plover (extremely rare) both protected federally in the US. 45 species of wildlife found here are protected in New York State. The Niagara is an incredibly important overwinter site for water birds. 92 pecies of birds are known to overwinter on the site including large congregations of at least 40 species of waterbirds.  The IBA designation lists 338 species of birds in all seasons can be found in Western New York and the Niagara Region of Ontario.
​
Birds
In the winter, gulls waterfowl and other arctic travelers populate the open waters and shorelines of the Niagara.

In spring and autumn, the parks along the river offer excellent opportunities for viewing of the migration seasons including neotropical songbirds.

WHAT MAKES WINTER ON THE NIAGARA UNIQUE?